Fanfiction > Music > Aaron Carter
Stories
The Year Without a Pandaskunk by RokofAges75 Rated: R [ - ]
Summary: The sequel to Return of the Pandaskunk

Five years have passed since Nick and Petunia took over for Santa Claus, but this Christmas, neither one of them feels up to flying around the world delivering presents. They both seem to be in desperate need of a staycation. Now a father of two, Nick decides to take the year off and host a fun, old-fashioned Carter family Christmas at home instead, hoping it will help him mend his broken relationship with his estranged brother Aaron. But Christmas with the Carters quickly becomes a nightmare, and for Nick, there may be no escape. It will be up to Brian and the other Backstreet Boys to come to his rescue and save the holiday once again!
Categories: Fanfiction > Backstreet Boys, Fanfiction > Music > Aaron Carter
Characters: Brian, Group, Nick
Genres: Action, Adventure, Dramedy, Fantasy, Humor, Science Fiction
Warnings: Death
Series: The Pandaskunk Saga
Chapters: 11 Table of Contents
Completed: Yes
Word count: 37180
Read Count: 7242

I just don't get him. We've been best friends forever. We grew up together. So what is his problem? One minute he's Mr. Good Happy and the next he's huffing and puffing. Hot and cold its all he is. When did I stop knowing who he is? Where did my Kaos go?

The 10 celebrites that were killed by a cold blooded killer, comes back from their watery graves and seeks out revenge on their killer.....and to help protect another group of teenage celebrites who is also in danger of being killed by...as they think....by the same killer....

This fanfic is about  Lauren and Nick, their best friend Bridget (in reality there is no Bridget but that’s the nice thing about fanfics LOL, we can make them up) the rest of the BSB and their wives (and Aaron, although he's not a BSB member).  I don't know any of them but it's always nice to be able to relate to them in a way. Ashley's parents were murdered right before her very eyes and there was nothing she was able to do about it.

To avoid being put into orphanages and foster homes her whole life; she runs away and changes her name and identity only to land herself into even more danger when she befriends a strange man and moves in with him. When he nearly kills her, an Orphanage takes her in and she refuses to reveal who the man is in fear that he will come after her and finish what he started. After all that she has been through, she's afraid of everyone, and everything in sight.

But can one caregiver in the Orphanage get her to open up and reveal her secrets before it's too late?

I made a mistake about fourteen years ago. My brother stepped in and helped me but now I regret it. I'm finally trying to make things right. I'm just worried that it might be too late. -Aaron C. Carter

Aaron's done something that Nick hates him for. But what is it? 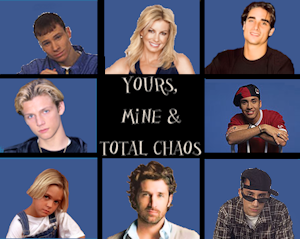 This story is inspired from the movie "Yours Mine and Ours".

When the Carter kid's mom meets the Richardson kid's dad it's love at first sight followed much to quickly by wedding bells. Total chaos erupts as the boys are determined to crash the honey moon and rip the newly weds apart. Will they succeed at bringing their families back to the way things used to be or will love and fate prevail? 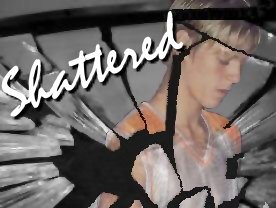 First his parents divorced. Then the judge split him up from his sisters and just when he thinks life is gonna get better by touring with his big brother, Kevin steps in and shatters those thoughts into a million pieces. 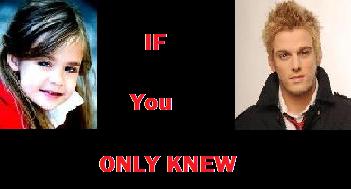 Aaron Carter is a pop sensation. He is adored by millions of adoring fans and has the life of luxury. But what everyone doesn't know is what goes on behind closed doors in Aarons life....outside of fame. Soon the doors will open...and tragedy will spill out.