Nick is back from a year of disappearance. Haylee has a new life with a new best friend. This best friend just happened to be there through all the pain. Now Nick doesn't know what to do. Will he be able to pick up the peices now or just let go of haylee and let her have her desire, whatever it may be?
Categories: Fanfiction > Backstreet Boys
Characters: AJ, Group, Nick
Genres: Alternate Universe, Drama, Fantasy, Romance
Warnings: Death, Domestic Violence, Sexual Content
Series: The Dreamer's Series
Chapters: 5 Table of Contents
Completed: No
Word count: 5421
Read Count: 2549

Brian was an ordinary teenager living in Kentucky. He didn't know about the secrets of his past, or that he had magical powers. He didn't know what great destiny awaited him, that he would have to save the wizarding world. But all that was about to change...
Categories: Fanfiction > Backstreet Boys
Characters: Brian, Group
Genres: Adventure, Dramedy, Fantasy
Warnings: None
Series: None
Chapters: 15 Table of Contents
Completed: No
Word count: 27108
Read Count: 9077

Wherein the crew of the Maximum meet a familiar face in the ancient city of Alta, leading them on a stern chase, from the highest towers to the deepest ruins… 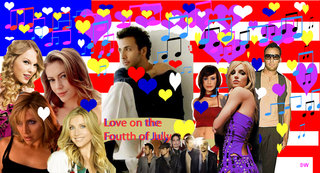 Howie D. and his family are on the NKOTBSB World tour 2012, someone casts a spells on them, it isn't whom they think. His family, friends, and fans, even some he doesn't like at all, come to save the day. Set from Memorial Day to the Monday after the Fourth of July! Read and Enjoy!

Story: Howie must save the group, NKOTB, fans, and their families from unknown witches and spells. Song: Song is about falling so deep in love you can't get over the person.

An old worn journal was left in Jasmine's mail box. She read it out of curiosity and learned it was about a vampire's life and her late mother. The mother her father said that had died when she was only two years old. How was she to know it would open a new chapter in her life? As she continued to read, the secrets in her mother’s past began to unfold…and dangers all around were lurking plotting their revenge…
Categories: Fanfiction > Backstreet Boys
Characters: AJ, Nick
Genres: Alternate Universe, Angst, Drama, Fantasy, Horror, Romance, Supernatural, Suspense
Warnings: Death, Graphic Sexual Content, Graphic Violence, Sexual Assault/Rape, Sexual Content, Violence
Series: None
Chapters: 20 Table of Contents
Completed: No
Word count: 121402
Read Count: 4136 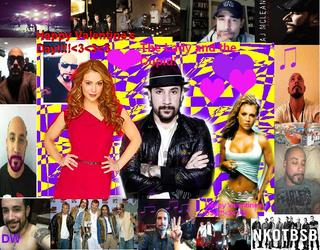 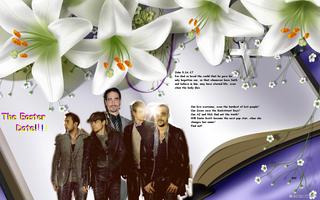 The Backstreet Boys are celebrating St. Patrick's and Easter, and their friends are celebrating Passover. Darn the luck, Nick is finishing his directoring and Photography degree as the group prepares for their Up Close and Personal Tour. Explains what he believes and why the world seems to hate them. Can Nick from the bullies, and save his relationship with his new girlfriend? Can he celebrate 3 holidays and still not get in trouble and pass his classes, before the next tour, find out?

Dedicated in the memory of Leslie Carter.

Wherein the crew of the Maximum take another shot at that tropical vacation thing, and Trouble ensues…

a fanfiction on famous metal band Children of bodom.. about a boy who became famous and about a girl who found out true love 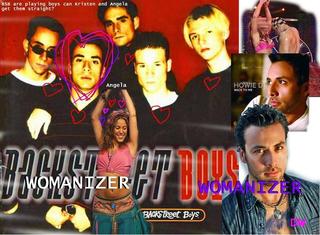 It is 1995 and the Backstreet Boys are touring Europe. All but Brian are into playing women and using them for psychological, emotional, spritual, and sexual games. Till they meet a foxy woman, named Angela. That changes the game and makes Howie fall in love for the first time. Then plays him and the guys, and sends Kevin back to Kristen after a huge fight. Is she more than that? Well BSB ever grow up? Will Nick become afraid of committed realationships? Will Nick ever date and marry a geek or nerd or simply a common sense smart girl? Who knows? Read it and find out!

It's a fairy tale like you never heard it before...

In a magical forrest, far far away, where the Miniroks live, there was a Wood Fairy King who discovered Brian's need for help. And now, with his good friend Sir Nicksalot, Brian must find the location of the missing Princess Leighanne before the evil Queen can take over the Kingdom of Fail.