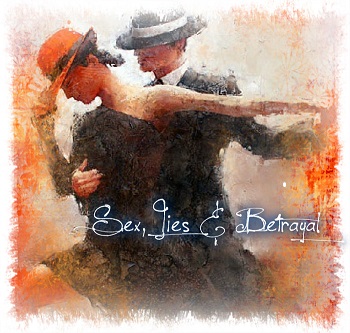 Nick and Renee, two successful celebrities, both in different genres, deal with the pressures of being parents while trying to keep their professional careers afloat. But, after 7 years of marriage, can they keep their passion alive amidst their busy schedules? Watch as their relationship takes a turn neither of them expect.
Categories: Fanfiction > Backstreet Boys
Characters: Nick
Genres: Drama
Warnings: Graphic Sexual Content
Series: None
Chapters: 15 Table of Contents
Completed: No
Word count: 25739
Read Count: 9040


[Report This]
Published: 01/11/15 » Updated: 08/02/16
Back To December by mamogirl Rated: G [ - ]
Summary: “Winter had come and brought a storm that no one would have been able to forecast. Now spring was making its sleepy way and, maybe, Nick would be able to fix what he had broken out of fear and stupidity: because now he wasn’t scared anymore of being in love with Brian.”
Categories: Fanfiction > Backstreet Boys
Characters: Brian, Nick
Genres: Angst, Drama, Romance
Warnings: Slash M/M
Series: None
Chapters: 1 Table of Contents
Completed: Yes
Word count: 16510
Read Count: 300


[Report This]
Published: 07/26/16 » Updated: 07/26/16
Love me by nicky Rated: G [ - ]
Summary: Everything headed the right directon for Brain. There was only one more thing that he wanted in life.
But will he ever get that?
Categories: Fanfiction > Backstreet Boys
Characters: AJ, Brian, Group, Howie, Kevin, Nick, Other
Genres: Angst, Drama, Humor, Romance
Warnings: None
Series: Love me
Chapters: 1 Table of Contents
Completed: No
Word count: 1680
Read Count: 401

He watched the newcomer from a distance, and hated him instantly. He didn’t just dislike him, no, he hated him with his whole being.  Who'd ever thought the one you once hated, would be the one thing you would be missing dearly some day?

a story about friendship, betrayal, forgiveness and saying goodbye. About Kamille tea, an interesting fear of elevators and what actually means to be a brother.


[Report This]
Published: 02/11/13 » Updated: 06/20/16
Stay With Me by mamogirl Rated: PG-13 [ - ]
Summary: “The last thing Brian had wanted was to be in that building that brought back some very difficult memories. Alone. Thankfully, this time he didn’t have to be alone. Thankfully, he had Nick there with him. Because finally they were a couple, though that was going to be the first time Nick would admit it out loud. And to himself.”
Categories: Fanfiction > Backstreet Boys
Characters: Brian, Nick
Genres: Drama, Romance
Warnings: Slash M/M
Series: None
Chapters: 1 Table of Contents
Completed: Yes
Word count: 3430
Read Count: 350


[Report This]
Published: 06/10/16 » Updated: 06/10/16
Lost by Broc30 Rated: NC-17 [ - ]
Summary: Can AJ trust in himself to stay in his relationship with the woman he loves? Or will he end up losing her to someone close to them both.
Categories: Fanfiction > Backstreet Boys
Characters: AJ, Group, Nick
Genres: Angst, Drama, Romance, Supernatural
Warnings: Graphic Sexual Content, Sexual Content, Violence
Series: None
Chapters: 11 Table of Contents
Completed: Yes
Word count: 14097
Read Count: 774


[Report This]
Published: 05/15/16 » Updated: 05/28/16
But His Eyes Didn't Smile by freedomwriter Rated: G [ - ]
Summary: Kind of a parallel to Things Have Changed. Short snippets on a person that was mostly left in the dark about everything; Baylee will proof that he has just as much a right to be involved as anybody else.
Categories: Fanfiction > Backstreet Boys
Characters: Brian, Group, Other
Genres: Angst, Drama
Warnings: None
Series: None
Chapters: 3 Table of Contents
Completed: No
Word count: 3599
Read Count: 792 Can we ever escape the past, or does it haunt us forever?

Nick was living a life he grew accustomed to. A life filled with misery and loneliness he assumed he was doomed to live forever, until he met the man who wound up changing his life.


[Report This]
Published: 05/15/16 » Updated: 05/19/16
Everything Happens for a Reason by openarmsgirl Rated: PG-13 [ - ]
Summary: Fate. Karma. Luck. Call it what you will, but in life, there is reason and purpose. Even when the most tragic events in life occur and the world as you once knew may not be the same; everything happens for a reason. Nick Carter found this out after a freak accident at a hometown concert and his long life best friend comes to take care of him
Categories: Fanfiction > Backstreet Boys
Characters: Nick
Genres: Drama
Warnings: None
Series: None
Chapters: 13 Table of Contents
Completed: No
Word count: 23852
Read Count: 3901


[Report This]
Published: 05/15/16 » Updated: 05/15/16
Keep Holding On by mamogirl Rated: R [ - ]
Summary: “Brian’s head was underwater but he was breathing fine, ‘cause he had Nick by his side and, somehow, things were going to be just fine.”
Categories: Fanfiction > Backstreet Boys
Characters: Brian, Nick
Genres: Angst, Drama, Romance
Warnings: Slash M/M
Series: None
Chapters: 1 Table of Contents
Completed: Yes
Word count: 8408
Read Count: 472 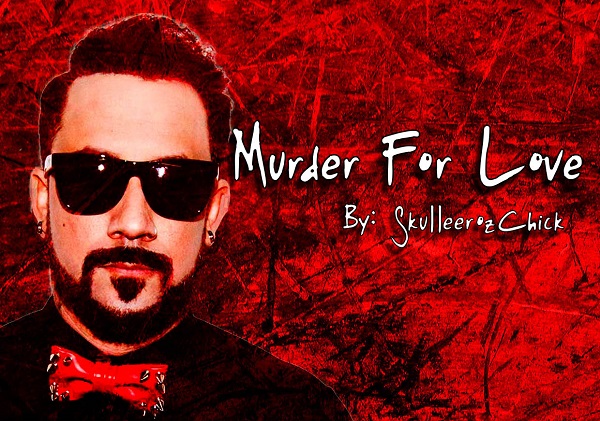 AJ Mclean never really had an easy life growing up. He always told himself that when he got older he would be the best father and husband he could be. But one night of regret and mistakes changed all of that. AJ stared at the blue and red lights as they were lighting up his home. He was still holding his loved one in his arms as the police busted inside.

Rachel and Vanessa have been best friends their whole lives and have always been there for each other. Rachel naturally took on the big sister role and always took care of Vanessa when things went wrong. When Rachel moved to Tampa, she came up with a plan to bring Vanessa with her after a horrible break up. As Vanessa embarks on her new adventure with her best friend, the roles are reversed after Rachel is in a car accident which results in amnesia. Feeling alone and scared, she relies on AJ and Brian to get her through the battle of helping Rachel regain her memory.
Categories: Fanfiction > Backstreet Boys
Characters: AJ, Brian
Genres: Drama, Dramedy, Humor, Romance
Warnings: Sexual Content, Violence
Series: None
Chapters: 2 Table of Contents
Completed: No
Word count: 4794
Read Count: 4007