Warnings: Domestic Violence
Stories
Love and the Law by FrankieBella Rated: NC-17 [ - ]
Summary: She was a forensic psychologist working for the FBI. He was a member of one of the hottest up and coming groups of the 1990's. One night. One chance meeting. The rest of their lives forever changed. Can Isabelle handle his fame? Can Howie handle her job?
Categories: Fanfiction > Backstreet Boys
Characters: Group, Howie, Kevin, Nick
Genres: Angst, Drama, Romance
Warnings: Domestic Violence, Graphic Sexual Content, Graphic Violence, Sexual Assault/Rape, Sexual Content, Violence
Series: None
Chapters: 14 Table of Contents
Completed: No
Word count: 30777
Read Count: 802 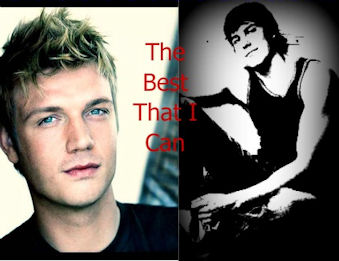 Damen lived most of his life thinking that his dad was dead. Right at the end of his juinor year of high school his mom tells him the turth. His dad didn't die. He left. Damen spends his summer looking for him and once he finds him he's unsure of what to do. He doesn't want to get close with his dad, he just wants to know why he left. And he won't leave until he has the answer.

Jordan Knight. The ultimate playboy. Rich, successful and a string of broken hearts at his feet. He could have any woman he wanted but he wanted only one. In walks Lynne Jensen and he has to have her. And he does. For awhile, the playboy in him takes a vacation and tries the monogamy thing for her. Ultimately, it doesn't last very long.


[Report This]
Published: 08/03/11 » Updated: 11/23/11
Illicit Gentleman II by VeeLynn Rated: R [ - ]
Summary: He gave her the life she had always wanted and he went on without her. When their paths cross a couple of years later they soon find out, they might have tried to forget each other but the past did not.
Categories: Fanfiction > Backstreet Boys
Characters: AJ, Group
Genres: Angst, Drama, Romance, Suspense
Warnings: Child Abuse, Domestic Violence, Graphic Sexual Content, Graphic Violence, Violence
Series: None
Chapters: 51 Table of Contents
Completed: Yes
Word count: 92070
Read Count: 39149


[Report This]
Published: 10/29/11 » Updated: 10/29/11
Damaged by Nikkix3BSB Rated: NC-17 [ - ]
Summary: This is my True story. My Life for the past couple years have consisted of My Daughter, My best friend Kris also known as my daughters father (Not her real dad), and My first love Danny.. This is the story of way my heart is so DAMAGED.
Categories: Non-Fiction
Characters: None
Genres: Drama
Warnings: Death, Domestic Violence, Graphic Sexual Content
Series: None
Chapters: 3 Table of Contents
Completed: No
Word count: 1974
Read Count: 92

I Love You.
They can change everything.

But will they change things for Nick and Rayne?

I set out to separate my five sons, to protect them, but as fate would have it, they somehow find each other… that’s when I realized that they were destined to come back together.

Thank you evergreenwriter83 for the banner!

*FOURTH in the Nick and Amanda Series* 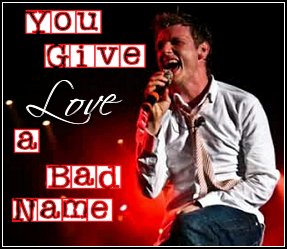 Thank you to evergreenwriter83 for the banner

What we do in the pass is supposed to stay in the pass. But what happens in the past can come back to haunt us in the present. Time has now gone and the past is here to haunt him. She was only looking for answers; he wasn’t expecting to be the one to give them to her. Can time really heal all wounds? Love is a mental thing. I’ve always thought like that or so, that’s what I had believed. We met under right circumstances, and we happened to think, we should have fallen in love. He was the right men, I was the right women. I was so stressed up about my upcoming album, he was so worried about his failing music career.

Once upon a time, his music was bigger than big. But just like I said, that was a long time ago. If you would ask my honest opinion, his music, his lyrics got better than the times when he was world widely famous, however his 15 minutes of fame just passed by. He still is a gorgeous guy though. No wonder, even though you don’t really listen his music anymore, you can’t just stop staring at him when he was grocery shopping right next to you. His name is Nick Carter, oh and me, I’m Rihanna.

Katie was in a relationship that wasn't good for her, and her best friend knew that.  In an attempt to get Katie out of her funk, Beth set up a surprise meeting with none other than AJ of the Backstreet Boys.  Who knows what kinds of feelings could come from one surprise meeting.