Halloween is to have fun and excess and beyond your wildest dreams.  Most of them scary the hell out of you but that is why Halloween carried two rules TRICK OR TREAT which one would you choose? A night of parties everywhere and Howie is invited to one; but, he had been set up in a blind date, would it be a blind date from hell? Would he be getting trick or he will find much more in the party aside his blind date and get a treat?

[ - ]
Summary: Nick and Cally know it can be easy to fall for someone. It's not as easy to form a relationship. Still, what's even harder, is to keep it alive and strong within Hollywood's harsh eyes. In a world of glitz and glamour, only the strong couples survive. *ON HIATUS*

Sequel to Just Another Day


[Report This]
Published: 04/25/08 » Updated: 04/25/08
Genesis 2014 by WalkinAlongtheSky, RokofAges75 Rated: R [ - ]
Summary: Brian, Nick, AJ, and Howie are among the only known survivors of Doomsday. In a time of uncertainty and despair, can they find a way to repopulate the Earth and save the human race from extinction? *Written for the April Fool's Challenge*
Categories: Fanfiction > Backstreet Boys
Characters: Brian, Group, Nick
Genres: Science Fiction
Warnings: Death, Slash M/M
Series: None
Chapters: 1 Table of Contents
Completed: Yes
Word count: 1211
Read Count: 772

Nick deals with the emotional fallout from a kidnapping. 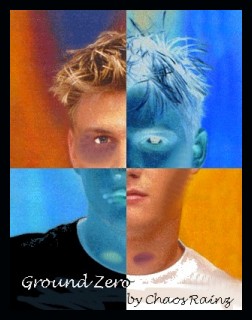 
[Report This]
Published: 01/29/08 » Updated: 02/13/08
Going Home by starbeamz2 Rated: PG [ - ]
Summary: She was gone, but she’d left him with treasures beyond price.  Unsure of what to do, where to go, and who to turn to, Brian returns to Kentucky, hoping that home will heal all wounds. But going home is more than he expected it would be as he discovers opportunities and chance encounters that will change his small family forever…
Categories: Fanfiction > Backstreet Boys
Characters: Brian
Genres: Angst, Drama, Romance
Warnings: None
Series: None
Chapters: 5 Table of Contents
Completed: Yes
Word count: 8067
Read Count: 5648


[Report This]
Published: 10/14/07 » Updated: 10/14/07
Gasoline Rainbow by Beautiful_Letdown Rated: G [ - ]
Summary: A rainbow is a sacred thing, gasoline so ugly and dark. A gasoline rainbow is an accident. Every rainbow just leaves another scar on my heart. So far a one shot, I don't know if it will be continued.
Categories: Fanfiction > Backstreet Boys
Characters: None
Genres: Angst, Romance
Warnings: None
Series: None
Chapters: 1 Table of Contents
Completed: No
Word count: 955
Read Count: 345


[Report This]
Published: 06/30/07 » Updated: 06/30/07
Get Busy Living by LostAcanthus Rated: PG-13 [ - ]
Summary: Pre X1. A mysterious organization is increasingly becoming a threat to the mutant community. What does it have to do with newcomers Clarissa McAdams and Carina Atherton, and how will they react when they find out just how much they're already involved?
Categories: Fanfiction > Movies > X-Men
Characters: Other, Pyro
Genres: Action, Adventure, Angst, Drama
Warnings: None
Series: None
Chapters: 1 Table of Contents
Completed: No
Word count: 2195
Read Count: 418

[ - ]
Summary: Kevin, Howie, Brian, AJ, and Nick (better known as the Backstreet Boys) were about to perform what they thought was just a run-of-the-mill sold out concert to a screaming crowd. What they weren't prepared for was the mysterious powers of the gobosei. But what are these men supposed to do when the evils of the world are out to get them and their new powers?

A note from 2021: I don't intend to make promises that I won't keep, but there is a good chance that this will get a slight rehaul and eventually be completed. In the meantime, if you want to read things by me and like fantasy, may I suggest Pandora's Box and Pandora's Necklace?
Categories: Fanfiction > Backstreet Boys
Characters: AJ, Brian, Group, Howie, Kevin, Nick
Genres: Action, Fantasy, Supernatural
Warnings: Death, Violence
Series: None
Chapters: 4 Table of Contents
Completed: No
Word count: 9040
Read Count: 3776

[ - ]
Summary: When Kevin is accused of murdering his girlfriend, he feels he has nowhere to run. His solution is one that nobody expects, shocking the world and making it impossible for the truth to ever unfold.
Categories: Fanfiction > Backstreet Boys
Characters: Kevin
Genres: Drama
Warnings: Death
Series: None
Chapters: 1 Table of Contents
Completed: Yes
Word count: 1446
Read Count: 326

[ - ]
Summary: All his life Nick Carter was treated as the baby of the group. As he got older, everyone, especially Kevin, would constantly tell him to ?grow up? or ?start acting your age?. Now at the age of 26, Nick is feeling that he will never evolve into a man like Kevin. But when he meets an unruly young girl, he immediately finds himself thrust into the very position as the eldest band mate while he attempts to manage the female version of his younger self. The duo began their journey together in learning lessons of maturity. With noticeable changes in both their lives, the boys come to grip with the fact that Nick?is growing up.