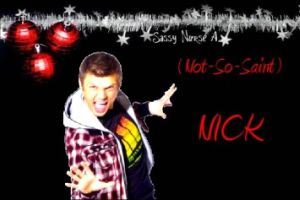 Can the magic of Christmas bring something special for Nick and his friend Zoe? 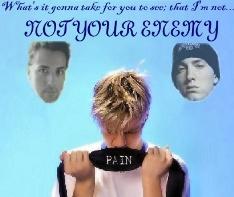 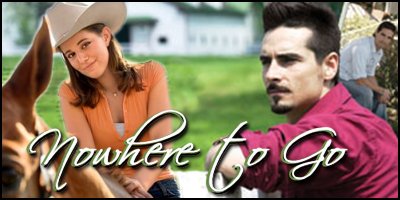 A spin-off to the Coaster series.

At 39, the last thing Kevin Richardson wanted to do was start over. As everything crumbles around him, the only constant in his life is his young son Mason. When Kevin picks up and moves the both of them to a small town in the middle of nowhere, he might just find out that nowhere is the best place to be.


[Report This]
Published: 05/22/10 » Updated: 06/16/10
Nick's Life by darkknight1213 Rated: NC-17 [ - ]
Summary: Nick Carter was just twenty-two years old when his life changed suddenly. Disowned from his family because of his sexual orientation and his pregnancy, Nick wondered what he was going to do. Nick is in love with Kevin Richardson and he wants the older man to realize that he loves him. What happens when Kevin discovers Nick is in love with him? Will there be happiness or will there be heartache?
Categories: Fanfiction > Backstreet Boys
Characters: AJ, Brian, Group, Howie, Kevin, Nick, Other
Genres: Alternate Universe, Angst, Drama, Romance
Warnings: Child Abuse, Domestic Violence, Graphic Violence, Sexual Assault/Rape, Slash M/M, Violence
Series: None
Chapters: 5 Table of Contents
Completed: No
Word count: 7894
Read Count: 3129

[ - ]
Summary: When Nick wakes up he discovers he isn't where he should be and worse, he can't remember how he got there!
Categories: Fanfiction > Backstreet Boys
Characters: Nick
Genres: Angst, Drama
Warnings: None
Series: None
Chapters: 13 Table of Contents
Completed: No
Word count: 16526
Read Count: 6828

Blue is fed up with her life and the way it's going so deciding to move and leave everything behind in order to start a new life.  However is not that easy as she thought.  Eden would not let her leave promising that things would get better and she decides to stay a bit longer to soon find out it was a mistake. "Eden hon, are you here?"  Blue asks as she walks toward the back to find, "Eden!" "It's not what you think hon, he is nothing," he says in a rush disentangle himself from him and went to her but she back away quickly turning around leaving and she never look back. Meanwhile he call after her saying that need it to talk; however, Blue knew nothing is there to talk about.

Summary: Nick tries to negotiate peace between Howie and AJ over the love of a beautiful young woman, but will he be able to resist her?


[Report This]
Published: 05/01/09 » Updated: 05/01/09
No ordinary Man by nickgene25 Rated: G [ - ]
Summary: This is a short story about what Nick thinks about while on stage!
Categories: Fanfiction > Backstreet Boys
Characters: Nick
Genres: Historical
Warnings: None
Series: None
Chapters: 1 Table of Contents
Completed: No
Word count: 293
Read Count: 428