Summary: "What if the story you knew about the Backstreet Boys and how they got together was a lie? What if I told you it was nothing more than a cover? And I knew the truth! For it was me that formed them, that followed them, that made them! Want to know the real story? Than you might want to read on!" AJ wanted his dream to come true, to sing! He loved it. But what happened to him when he met that strange woman? His dream seemed so far away and she seemed so close. He longed to have her, yet, she offered him EVERYTHING his heart desired.
Dare he take it? What would he lose? Could he handle what she was offering?
I invite you to explore the start of the Bite At Midnight series and see how BSB became the BSB that we know! 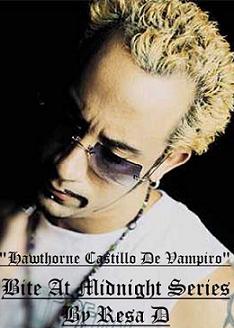 15. Chapter 15 by ResaD [ - ] (793 words)
Well, I hope you enjoyed the first start of this series. Maybe Nick or Howie might be the next one, so stay on the look out! And thank you for all the reviews!