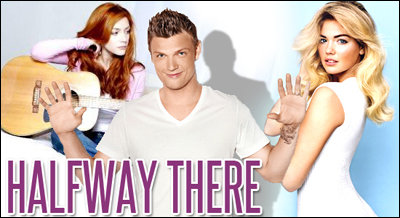 Rosie hadn’t seen Donnie since she was a kid, and now she was all grown up and Donnie was back in her life she wanted to show him just how grown up she was.

After the death of his sister, Nick goes on an emotional roller coaster, leaving behind a path of destruction and heartache, not to mention everything he’s ever known.

She was a fan, he was her idol. What happens on the day they meet affects them forever..
… but not how you think.

Hollie Carter was a 16 year old girl, living with her single father, Nick, who has raised her after her mom died.
One day Hollie finds an old shoe box full of journals, and discovers things she never knew about herself, her father, and her mother.

Nick and Rayne are happy until both of their families threaten to put a wedge between them.
Do they stay together, or will they end up separated forever?

I Love You.
They can change everything.

But will they change things for Nick and Rayne?

Have you ever hurt someone, just to make yourself feel better?

Have you ever hurt someone unwillingly in the process of trying to win a bet.

I say unwillingly, because at first it was just a bet. But then…

.. Then it became something else.

Something raw, strong. Something I rarely experienced.

Two different lives, both been hurt time and time again. What happens when they meet in simular circumstances and bond.

Sometimes all it can take is one glance. One glance and your whole life plan changes right before your eyes.

One minute your an independant single woman. The next...

IS ON HIATUS. I promise i will be working on this soon, just am in over my head with Ready and another story i've started on.

Boy meets girl. They become friends then fall in love. Boy goes on tour and leaves girl behind. What happens next?

“There is a special bond between twin soul mates--unconditional love, respect for each other, bringing out the best in each other, and highly compatible.”
Mettrie L.

A year has past, and with a solo album ready to be released and two kids to look after, Nick realises he's ready to open a new chapter in his life.

One month has passed and a lot has changed for Nick, Paige and Lindsay.
But there's one question on all of their lips.
What If...

Nick Carter. 31, and in love with two woman, and a father of one. Now he's engaged to one woman, can he resist the urge to be with his first true love? Or does he live happily ever after with his other love?

She was beautiful to the eye. Long blonde hair, perfect body, greenest eyes anyone had ever seen and a smile that could eat your soul. Heads turned whenever she walked into a room and she knew it.

He had women falling at his feet everywhere he went, he played on that. They knew it, and he knew it but that didn't stop them following him. He played it with no strings, getting what he wanted and saying goodbye. It was easier that way, knowing he would never be in the same city for too long. It was hard to keep a relationship and he liked it that way. His life ran in a way that made it perfect for him.

Until he met her. Until she twisted her way into his life, and changed it.