[Report This]
Stories [13] Series [2] Reviews [50] Favorite Series [1] Favorite Stories [25]
Stories by Maggie
Redeeming The Fallen by Maggie Rated: PG [ - ]
Summary: It is June 2012. Eight years have passed since Kevin made his sacrifice, but he is still needed. The princess Zanell pleads him to come to their aid; one of their own is missing, and those remaining know he will not be found on Earth. But when he is found, a new problem is presented and when it's all over their lives will never be the same. *Sequel to Hostages*
Categories: Fanfiction > Backstreet Boys
Characters: Brian, Group, Kevin
Genres: Action, Science Fiction
Warnings: Violence
Series: Redemption
Chapters: 18 Table of Contents
Completed: No
Word count: 43132
Read Count: 63997


[Report This]
Published: 08/07/08 » Updated: 07/18/20
What's There Inside You by Maggie Rated: G [ - ]
Summary: 10-year-old Rose Littrell, Brian and Ororo's youngest, faces bullying at school for coming from a family of mutants. She's lost all but her closest friend because of them. When she suddenly pops up in Las Vegas, everyone realizes that her mutant powers have emerged earlier than expected.

A kidnapping attempt makes Brian realize that his responsibility in the Enigma Diversity is a little bit bigger than he thought, and in danger.

**Written for the "Whatever happened to..." Challenge in the AC forums... Six years after it was posted... To be expanded later**
Categories: Fanfiction > Backstreet Boys
Characters: Brian, Group
Genres: None
Warnings: None

It wasn't the way Brian had planned on spending Valentine's Day and the week  before his birthday.  But how was he to know that he was helping two runaway prostitutes, Natalie and Michaela, on the road to a new life?  But now Natalie is dead, and Brian and Michaela have to go to safehouses for their own protection.

Almost three years had passed since the accident that nearly took Howie's life.  But, thanks to tranfusions, transplants, physical therapy, and the prayers of his friends, family, and thousands of fans around the world, he was ready to come back.  But the next question was.. could he handle it?


[Report This]
Published: 04/07/10 » Updated: 04/07/10
The Attack of the Lump Monster! by Maggie Rated: G [ - ]
Summary: It’s been attacking since before we were born, swallowing its victims in one gulp. There is only one way to free said victims, and Brian Littrell knows just the way to do it.
Categories: Fanfiction > Backstreet Boys
Characters: Brian
Genres: Humor
Warnings: None
Series: None
Chapters: 1 Table of Contents
Completed: Yes
Word count: 579
Read Count: 506

Brian Littrell discovers a shocking surprise; he is a mutant! Even more, he is the only living experiment created by a team of mutant experimentation scientists, one of whom is his own father. This discovery coincides with an accident that ends Nick Carter in the hospital, paralyzed from the waist down. In his grief, Brian is led to Professor Charles Xavier, leader of the X-Men and head of the Xavier Institute For Higher Learning. It is here that he learns to control his powers, discovering more each day. It is here, too, that he falls in love with Ororo Munroe, aka Storm, mistress of the elements.
Follow him as he learns acceptance of who he is; as he endures further persecution from mutant-haters, many of whom happen to be fans of the Backstreet Boys; as he finds acceptance and family within the Enigma Diversity, a hidden group of people with the ability to shapeshift into animals. Watch as, after an overload of his mutant abilities, two of his friends willingly volunteer to take on two his powers in order to save his life. Rejoice with him as he finds healing with his parents and finally marries the one who holds his heart.
Categories: Fanfiction > Backstreet Boys
Characters: Brian, Group
Genres: Action, Adventure, Drama, Romance
Warnings: Violence
Series: None
Chapters: 15 Table of Contents
Completed: Yes
Word count: 58698
Read Count: 21795 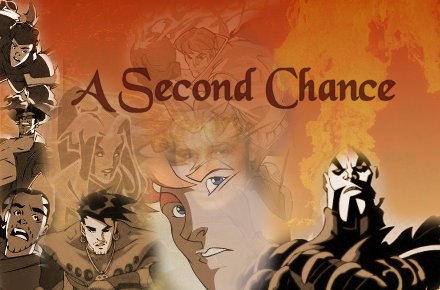 Forgiving, forgetting and moving on. **Sequel to Blackmailed; thanks to Stephanie for making the banner.**

When times are tough, true friends are needed most.

"Nature's first green is gold,
Her hardest hue to hold.
Her early leaf's a flower;
But only so an hour.
Then leaf subsides to leaf.
So Eden sank to grief,
So dawn does down to day.
Nothing gold can stay. "
~Robert Frost
Categories: Fanfiction > Backstreet Boys
Characters: Brian, Group, Other
Genres: Alternate Universe, Angst, Drama
Warnings: Death, Sexual Assault/Rape
Series: None
Chapters: 24 Table of Contents
Completed: Yes
Word count: 29315
Read Count: 33688 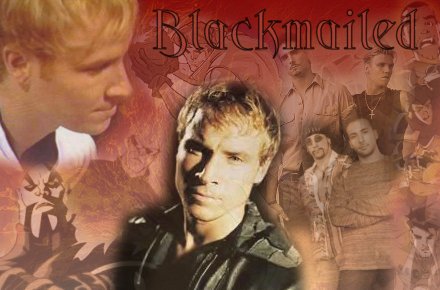 They haven't been able to get a hold of him for a month.
And it's not until Kevin confronts Leighanne that they learn the truth.

Can they stop the danger before it's too late?


A story of blackmail, broken trust and losing sight of who you are. My first Backstreet Project story. *Thanks to Stephanie for making the banner*